Home / Blogs / The Alliance partners with The Roosevelt for a one-night only Bay-themed dinner!

The Alliance partners with The Roosevelt for a one-night only Bay-themed dinner! On October 14, 2021, The Roosevelt in Richmond, VA is hosting a special three-course prix fixe dinner to celebrate their 10 Year Anniversary with proceeds benefiting the Alliance for the Chesapeake Bay. The Chesapeake Bay-themed menu for the evening will highlight the diversity and bounty of food found throughout the watershed. Diners will have the opportunity to try dishes incorporating local and sustainably sourced oysters, quail, blue crab, Edwards ham, persimmon, paw-paw and chestnut.

This event is SOLD OUT.

A native of Hamilton, Virginia, Chef Jared Martin began his restaurant career at age sixteen. After moving to Richmond in 2013, he worked at The Daily Kitchen & Bar – Carytown and as a private chef at The Executive Mansion, residence of the Governor of Virginia. In 2015, Jared began working under Chef David Shannon at his acclaimed restaurant, L’Opossum, ultimately being promoted to Sous Chef. Stages at Oriole and Schwa in Chicago and The Inn at Little Washington in Virginia punctuated Jared’s development and allowed him to further expand his culinary vision and hone his craft. When not in the kitchen, Jared’s love of the outdoors meets his passion for food as he can be found foraging for the season’s bounty around Richmond and across Virginia. 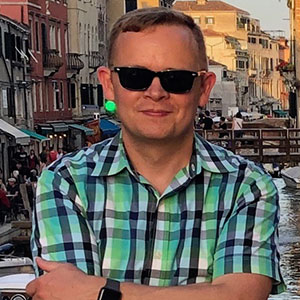