When I started with the Alliance in October, I was busy learning about the organization and where I would fit in with my position. Admittedly, it was overwhelming initially, as I was also transitioning from a different sector (local government) and adjusting to working entirely remotely. However, my coworkers on the Agriculture Team were a tremendous help and offered the support to get me quickly on my feet and oriented. I’ve worked at other non-profits in the past and have found that employees are willing to bring in their expertise (even if it doesn’t fall under their job description) to help advance the mission of the non-profit. This also happens at the Alliance between our various events and programs–Project Clean Stream, the Watershed Forum, Taste of the Chesapeake, etc. These “team lift” efforts help staff members complete their deliverables during busy times and allow staff to grow, find different areas of interest within the organization, and learn new skills.

Early on, I was encouraged to meet with various program teams and staff members to learn more about what they did for the Alliance and how our work might intersect in the future. During a meeting with Adam Miller, our Communications Director, I told him about my background and interests. I mentioned that I had moved onto my grandparents’ old farm several years ago and was working on creating better habitat around the farm to attract native wildlife. Since I moved here in 2015, I planted several gardens with mostly native plants and built and installed several bird boxes. Adam told me that this was the type of story that the Communications Team likes to know since many folks who follow us are interested in achieving similar goals on their properties. He encouraged me to think about topics for blogs or social media posts related to work I’ve done on the farm.

Not long after this conversation, I had an idea for installing cameras in my bird boxes to monitor the nesting behavior of the birds that used them and hopefully use that footage to tell the story of the work I was doing at home. I sent Adam an email about this to gauge his interest, and he replied that he liked the idea and wanted to discuss it in detail in a meeting. I was unsure what it would take to get this project off the ground, but I figured we could probably figure it out if I had some support from the Communications Team. Adam agreed to purchase a wifi camera from a company that makes them specifically for birdhouses, mainly on speculation to see if we could make it work and get some good content. Note: Sizing the hole is important because native cavity nesters face competition from invasive ones like European starlings. If the hole is too big, the starlings will take over the box and prevent the smaller birds from nesting

After some tinkering with the camera and nest boxes, I was able to install the camera and ran a couple of new electric lines outside to install new outlets and wifi beacons to carry the signal from the cameras to my house. Once I accomplished this, I purchased four additional cameras and installed them around the farm–one camera was on a barn swallow nest, and the rest were in other nest boxes. The plan was to cast a wide net to ensure that we would have plenty of chances to catch some footage of nesting behavior. Side eye from a Carolina Wren

After installing the cameras, we began seeing birds checking out the boxes and the barn swallow nest. Ultimately, we were able to have four of the five cameras on occupied nests, which included several species of birds: eastern bluebird, Carolina chickadee, American robin, and house finch. It has been a lot of fun watching the different nests and observing the behaviors. Perhaps most exciting is that we are working to figure out how best to take the footage from the cameras and deliver that to our audiences on social media and in our newsletter/blog. One of these species, the Carolina chickadee, requires the habitat around their nest to consist of approximately 70% of native plants to feed their young with the insect species that feed on the native plants. Ultimately, we hope to show that planting native plants or installing bird boxes for cavity nesters can have an impact and want to encourage our followers to do the same if they have the desire and ability to do so.

While my job title is “Maryland Agriculture Projects Coordinator,” it’s safe to say that I’ve added a few new skills to my repertoires, such as bird nest box setup, camera installation, and content creation. I would not consider myself an expert on birds or native habitat restoration, but I’m excited to share what I learn as I go. By sharing my experiences, I hope that I can inspire others to try new environmental practices on their properties. I’m proud to work for an organization that embraces and encourages its employees to bring their different skills and knowledge to our work. I believe that it’s essential for us to share our stories to help advance the Alliance’s cause of bringing folks together to make a positive impact in the Chesapeake Bay watershed. 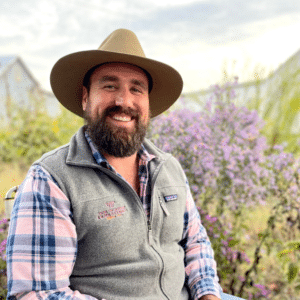