It is with great pleasure that the Alliance for the Chesapeake Bay recognizes Jasmine Gore as the 2022 Virginia Watershed Champion Awardee at this year’s “Taste: Celebrate the Chesapeake on September 8th at Brambly Park in Richmond, Virginia. We recognize Jasmine for her leadership on the Chesapeake Bay Program’s Local Government Advisory Committee (LGAC) and her support of the ongoing peer-to-peer bus tours in Virginia, making her worthy of this honor.

Jasmine currently represents Ward 4 on the City Council of Hopewell, Virginia. A former Mayor and Vice Mayor of the City, Ms. Gore had served Hopewell since November 2012, when she made history being the second 26-year-old elected to sit on the City Council. Since being elected, Ms. Gore has served in various local, state, and national leadership positions. Most notably, Ms. Gore served as a Board of Directors Member for the National League of Cities and as an At-Large Board Member with the National Black Caucus of Local Elected Officials. She also served as the only elected official on the Virginia Board of Medicine and is currently serving as the Chair of the Local Government Advisory Committee to the Executive Council of the Chesapeake Bay Program, administered by the Alliance. Appointed by Governor McAuliffe, Ms. Gore has served on the Advisory Committee since September 2017 and is currently serving her second term as elected chair.

Jasmine is an active proponent of environmental projects to improve quality of life for the residents of Hopewell.  Her enthusiasm, knowledge, and passion shines through in all she does.  We appreciate Jasmine’s commitment to the Chesapeake Bay and helping advance the leadership of local government capacity in this space.

Join us at the Taste on September 8th at Brambly Park to celebrate Jasmine’s accomplishments! 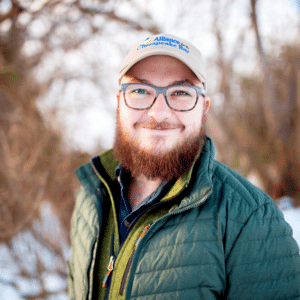