We are having quite a growth spurt here at the Alliance. We’ve added nine new staff members to our team since April 2022! Read on to learn more about each of these passionate new employees and hear how they will help us increase our impact. Alexa joined the Alliance in May as the Citizen Advisory Committee Project Associate. She assists the Committee Coordinator in providing organizational support and meeting coordination for CAC members as they meet with government officials, technical experts, and stakeholders across the watershed.

Alexa graduated from Virginia Tech where she majored in Water: Resources, Management and Policy, and minored in Environmental Science and International Studies. Following graduation, Alexa worked for Chesterfield County Parks and Recreation as a recreational specialist for summer camp and other public events. In 2021, she worked in Cragsmoor, NY as an Environmental Educator and Stewardship Assistant in the Hudson Valley AmeriCorps.

Alexa is happy to be back in the Chesapeake Bay where you’ll find her at the James River or with her cat, Belle. Cathleen is our new Pennsylvania Projects Associate, working to coordinate, engage, and support volunteers in pursuit of a healthier Bay watershed.

A born and raised Marylander, Cathleen developed a passion for the watershed at a young age. She earned her A.A.S. from the State University of New York’s College of Environmental Science and Forestry’s Ranger School before completing her B.S. in Environmental Science at the main campus in Syracuse. In 2015, she joined AmeriCorps VISTA as the manager for the City of Rifle’s Main Street program in Colorado. There, she developed a knack for coordinating volunteers and recognized the value of active citizenship. In 2018, Cathleen earned her Masters of Environmental Management from Western Colorado University.

In her downtime, Cathleen loves to read, dance, care for her exotic pets, and put too much old bay on her food. Eric joined the Alliance this September as our Multimedia Associate, concentrating on the production of video and photo stories around our program work.

He grew up in Montgomery County, Maryland, where he spent most of his time exploring the watershed. Eric earned his B.S. in marketing from the Sigmund Weis School of Business at Susquehanna University. He spent a semester abroad for an internship with Westminster Digital, supporting data-driven social media campaigns for members of Parliament, including the Prime Minister.

Eric created “A Journey Upstream,” a short documentary highlighting the importance of a healthy Bay, which received the Lefty Kreh Youth Film Award for Directors under the age of 21. Eric has also been directing four more projects, including a 7-part series about the Bay, and a conservation documentary tracking Arizona mountain lions.

When he’s not planning his next project, you can find Eric exploring nature with a camera and fly rod, traveling, hiking, working out, or just hanging out with his family and friends. Jimmy was hired as our Finance Director in July 2022. In this role, he oversees the Finance Department, works closely with the Alliance’s Board of Directors’ Finance Committee and Chief Operating Officer, and supports the organization’s growing 50+ professional staff in financial-related tasks.

During his free time, Jimmy enjoys spending time around Baltimore City, working on various home improvement projects, playing and watching sports, and hanging out with friends and family. 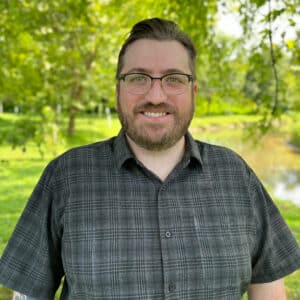 John joined the Alliance in August as the Communications and Social Media Coordinator. He focuses on highlighting the work of the Alliance and our partners, elevating voices of Chesapeake Bay citizens and creating new opportunities to engage community members through our social media channels.

Originally from North Carolina, John found his love for the natural world at a young age. He earned a Bachelor of Specialized Studies in Environmental Health and Geography from Ohio University. While there, he supported a project with the Voinovich School of Leadership and Public Service to restore riparian buffers along Ohio streams and rivers. He later obtained a Certificate in Nonprofit Management from Duke University.

Before joining the Alliance, John served as the Education and Outreach Assistant for the Western New York Partnership for Regional Invasive Species Management (WNY PRISM), spreading the word about the impacts of invasive species to Western New York citizens. 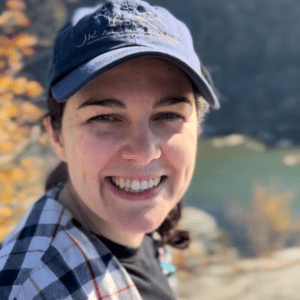 Growing up in a military family, KP moved around the United States during the first decade of her life. She visited various state and national parks with her father which sparked her connection to nature.

KP earned a B.A. from George Mason University in Integrative Studies with a Conservation Concentration, and a minor in Sustainability Studies. During undergrad, she lived in a Sustainability Living Learning Community, studied abroad in Kenya, and completed the Wildlife Ecology & Conservation program at the Smithsonian-Mason School of Conservation. KP then participated in the Virginia Master Naturalists training program and joined the Arlington County Public School’s Science Advisory Committee.

In her spare time, KP enjoys listening to audiobooks, cooking with her husband, hiking, biking, and participating in environmental service projects – her favorite being invasive species removal! 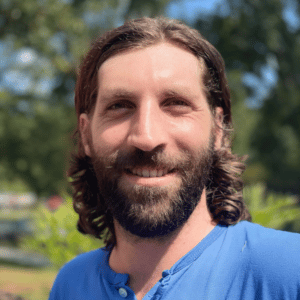 Neal joins us as our Green Infrastructure Projects Coordinator, working out of the Richmond, Virginia office.

Born and raised at sea level on the banks of the Elizabeth River in the slowly sinking city of Norfolk, Virginia, Neal moved up the interstate to Richmond to attend Virginia Commonwealth University’s urban planning graduate program in 2020. There, he was able to combine his interests in pedestrian-oriented design and urban stormwater management.

Among other things, Neal enjoys playing music, reading, hiking, biking, skiing, surfing, and exploring the banks of the James River in Richmond.

Fatima and Muhannad are the Alliance’s first Environmental Projects Interns, joining us to support our partnership with Bowie State University. They will be conducting monthly water quality monitoring near campus, providing support for the Alliance’s Chesapeake Bay Seminar Series at BSU, and supporting other projects that the Alliance is working on with BSU. Joining us as one of our Environmental Projects Interns, Fatima is a rising senior and Biology major at Bowie State University. Originally from West Africa, The Gambia (Smiling Coast of Africa), Fatima moved to Maryland after living in Minnesota. Her appreciation for the environment goes back to her time in Africa, where her grandmother had a large garden and did a lot of tree planting. She is most excited to learn more about environmental issues, participate in projects, and be around the knowledgeable, enthusiastic Alliance team!

Fatima likes playing volleyball, swimming, and doing anything near the water. She is also a cat lover because our feline friends need some love and appreciation as well! Muhannad, a graduating senior at Bowie State University, is also joining us as an Environmental Projects Intern.

Muhannad is originally from Saudi Arabia, along the coast of the Red Sea. He spent most of his time in Saudi Arabia and the United Kingdom before moving to northern Virginia. Beginning his time at Bowie State, Muhannad pursued biomedical engineering until he quickly fell in love with nature. He now plans to explore the majors that will allow him to chase that passion.

He is excited to join the Alliance and learn from the professionals who keep our programs and projects churning. Some of Muhannad’s hobbies include soccer, hiking, ping pong, and billiards.

Congratulations to our new employees! We’re happy to have you on the Alliance team!