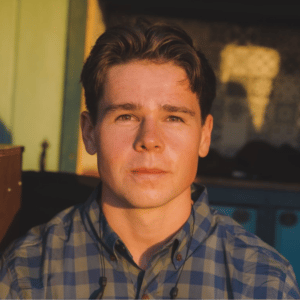 Eric is the Alliance’s Multimedia Associate. He grew up in Montgomery County, Maryland, where he spent most of his time exploring the forests and streams of the Chesapeake Bay watershed.

He graduated from the Sigmund Weis School of Business at Susquehanna University in May of 2021 with a B.S. in Marketing. Outside of his studies during undergrad, you could find him with a fly rod in his hands, exploring the limestone streams of central Pennsylvania. In 2019, he spent a semester abroad and held an internship with Westminster Digital, where he helped to create data-driven social media campaigns for key members of Parliament, including the Prime Minister. After returning from across the pond, he decided to tackle his biggest project yet.

In 2020, Eric created a short documentary titled “A Journey Upstream,” the story of two seemingly unrelated fish that help us understand the connectivity within our environment and the importance of a healthy Chesapeake Bay watershed. The film was an official selection for numerous film festivals and landed him the Lefty Kreh Youth Film Award for Directors under the age of 21. Since the creation of this short film, Eric has been directing four more projects, including a 7 part series about the Chesapeake Bay watershed and a conservation documentary tracking mountain lions in the backcountry of Arizona.

Whenever he’s not planning the next big project, you can find Eric exploring nature with a camera and fly rod, traveling, hiking, working out, or just hanging out with his family and friends.