“True peace is not merely the absence of tension, but the presence of justice.” – Dr. Martin Luther King Jr.

In August 1926, the very first International Peace Month was declared at the Democratic Peace Conference in Germany. While the original intention of the designation was to provide time to reflect and remember the terrible tragedies across the globe as a result of World War I, August now provides us with a time to reflect on broader issues surrounding navigating conflict and finding peace. With this broader approach, a quick search of the use of #internationalpeacemonth yields tweets in celebration of peace warriors around the world and Instagram stories posted to remind us that our conflicts today can be informed by the mistakes of the past to yield a more peaceful tomorrow.

One antidote to conflict is intentionally working to understand those you are conflicted with to avert potential negative outcomes. Right now, this seems more challenging to do than ever, especially when it seems as though there are many forces at work trying to divide us based on race, religion, or our beliefs about climate change. With such deep divides all around us, the often strained conversations many of us are having with family members, neighbors, and others can make it difficult to gain a better understanding of each other. But these conversations can lead to so much good. Here are just a few awesome peace-filled outcomes that resulted from some really difficult conversations:

It should be noted that some conversations and actions, including some of the above, are not free from unintended consequences, but that is a discussion for another day!

Right now, we find ourselves on the doorstep of a very uncertain fall filled with tensions in the realms of politics, public health, and human equity and justice. While we may not all be in a position to negotiate world peace or put forth national legislature that addresses the inequalities in our country, we all can strive to see every difficult conversation as an opportunity to better understand others, resolve conflict, and celebrate our differences.

What conversations could you ignite that could inspire positive change and foster peace? 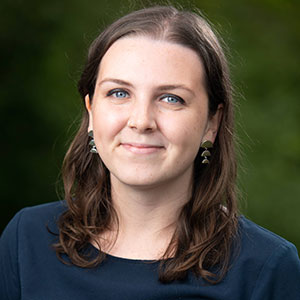