Happy Shark Week everyone! If you’re anything like me, you are glued to the Discovery Channel for exactly one week every summer to learn from the newest and most groundbreaking shark research happening around the world. With Shark Week coinciding with peak swimming and boating season, you may have found yourself wondering – Are there any sharks in the Chesapeake Bay or its tributaries?

The answer is yes! We’ll go over which sharks are most common in the Bay, how they can survive here, and why you shouldn’t be too worried about encountering them.

What kind of sharks are we really talking about here…

The Chesapeake Bay Program has identified at least 12 species of sharks that can be found in the Bay, but don’t worry, you won’t see a great white lurking near your favorite fishing spot. A few of the most common species that have been seen in the Bay are the sandbar shark, bull shark, and the sand tiger shark. The sandbar shark is the most common shark found in the Chesapeake Bay. They very rarely interact with humans because they are bottom dwellers, typically feeding on fish and invertebrates like blue crabs. Sandbar sharks can be two to seven feet long depending on how old they are. You’d be much more likely to see juveniles in the Bay, as they move out to open waters when they reach maturity so that they can seasonally migrate up and down the coast. Interestingly, once fully grown, males travel in schools, while females tend to be solitary (Florida Museum). Bull sharks are a formidable predator that can be found in the Bay. They don’t have the best reputation because they are commonly involved in negative human-shark interactions. They prefer shallow coastal waters, which happens to be the same environments people prefer, so bull sharks are responsible for a good number of shark bites in general (but not in the Bay, according to Maryland Department of Natural Resources, there has never been a recorded shark bite in the Chesapeake Bay itself). Bull sharks get their name from their distinctively blunt snouts and very aggressive behavior. They can grow to be 7-11.5 feet long and 200 to 500 pounds. Unfortunately, bull sharks are listed as near threatened. Due to their affinity for coastal waters, they are particularly susceptible to runoff pollution, habitat destruction, and overfishing (National Wildlife Federation). Sand tiger sharks might just win the prize for gnarliest teeth in the Bay. Despite their daunting denticles, sand tiger sharks are pretty docile. In fact, they’re a popular species in aquariums due to their shocking appearance, yet calm demeanor. They grow to be 6.5 to 10 feet long and can weigh 200-350 pounds (National Geographic). A unique fact about these guys is that they are the only known shark species that will actually go up to the surface and gulp air. Although they don’t breathe air, they can hold it in their stomachs as a way of maintaining buoyancy. This allows them to hover underwater before attacking their prey by surprise. There are also different species of dogfish and rays in the Bay. Dogfish are technically sharks, although they’ll only grow to be 3-4 feet long maximum. The smooth dogfish doesn’t pose much danger to humans at all, but the spiny dogfish does have venomous spines on it’s back that aren’t deadly to a human, but are fairly painful. Rays are actually in the same scientific subclass as sharks and cownose rays are occasional visitors to the Chesapeake!

I thought sharks were only out in the ocean….

Typically, we associate sharks with the open ocean (pelagic zone) or coral reefs, but some sharks, like the ones mentioned here, have the ability to osmoregulate. This means they can control the salt concentrations within their bodies despite any changes in the salinity of the water around them. Hence, sharks that can survive in brackish and even fresh water!

These sharks will often come inland to pup (have babies). Because the only main predators of sharks this size are bigger sharks, laying pups in shallow water allows the pup a chance to grow and reach maturity without fear of being preyed upon by a larger shark.

You may be thinking that even coastal sharks will stick to rural areas, far away from human activity and noise. However, a recent study done in Biscayne Bay, FL has shown that sharks are present even near large coastal cities like Miami. Human activity, noise, and pollution have not deterred sharks away from urban coastal areas. The researchers have a few hypotheses around why this is, including one that human impact on coastal waters (dumping sewage, nutrient runoff, and fishing) is actually keeping sharks attracted to these areas instead of scaring them away (Marine Ecology Project Series).

Should I be scared to be in the Bay…

Although you should use caution whenever recreating in a body of water, it’s extremely unlikely you’ll run into a shark in the Bay. As you always would, it’s important to make sure you swim with a buddy and avoid swimming near the mouth of a river or tributary at dawn and dusk. If you do happen to see a shark, remain calm and exit the water as quickly and safely as possible. Remember, sharks do not want to eat humans! In the vast majority of cases, shark bites are a case of mistaken identity. You’re statistically more likely to be struck by lightning or a falling coconut (seriously) than bitten by a shark, so please don’t let our toothy friends prevent you from responsibly enjoying the Bay as you always have. 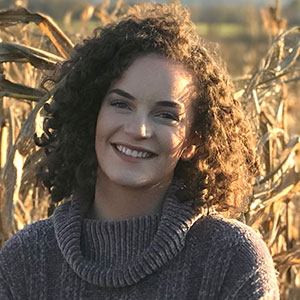