The North American native shrub witch hazel (Hamamelis virginiana) soon will seem an eerie sight in our Chesapeake woods. Witch hazel is fairly easy to identify during the growing season by the shallow, rounded teeth and lopsided base that characterize its leaves. It is nearly impossible to miss, however, following leaf fall, when its bright yellow flowers are a shock of color in the winter forest. Witch hazel is the only species both of its genus (of which there are 18) and among regionally indigenous shrubs and trees to flower in the fall and winter.

Little is known about the unusual timing of witch hazel flowering. Evolutionarily speaking, it seems completely disadvantageous to flower in the fall instead of the spring. For example, witch hazel depends primarily on flies and bees to pollinate. Although it produces its flowers from September to December, fertilization does not occur until May, five to seven months after pollination. During this gap, the harsh winter months wreck havoc on fruit set. One study in Connecticut found only one-percent of witch hazel flowers became fruit, compared to a 25-percent average for angiosperms, in general.1

I get a little thrill when I see witch hazel in the understory of a forest. It grows best in moist, well-drained, organic rich soils. If witch hazel is doing well, then I know we have a high productivity forest on our hands. It also is very slow to establish. Witch hazel does produce suckers, but the primary way for a new population to establish is through seed recruitment. After fertilization, the fruit starts to grow in spring and reaches maturity in late August, with the beaked woody capsule splitting open in October and January, forcefully ejecting two to four seeds as a far as 30 feet. Once expelled, the seed will lie on the ground for two years before germination.2 This forceful expulsion is the primary way witch hazel seed is spread, although its fruit are a modest food source for birds, squirrels, and deer, primarily before better foraging fruit become available later in the fall.4 Like most understory shrubs, witch hazel is a shade tolerant species, meaning it most likely established after forest canopy closure. So, if there is a patch of witch hazel in your woods, that means your woods likely has not seen major disturbance in a long time, and may even be late-successional. Witch hazel is bewitching for more reasons than its phenology and ecology. The origin theory for its common name is from the Middle English word “wicke” meaning “lively.” The Mohegan Tribe is believed to have taught early European settlers to use the Y-shaped branches as dowsing sticks to detect precious metals and underground springs. The branch is said to be lively and bend towards the ground when water is detected below. In Great Britain, dowsers used Ulmus glabra to detect water, which they called the witch hazel tree and likely inspired the shared common name.

We also widely know witch hazel for its medicinal qualities. Witch hazel is the only medicinal plant approved by the FDA as a nonprescription drug treatment.5 The volatile oils and tannins found in the bark and leaves of witch hazel are the active compounds and serve as an astringent and anti-inflammatory. Witch hazel may be used for treating sores, minor cuts and abrasions, sprains, puffy eyes, and hemorrhoids.

So take heart and pleasure but not fear when you see that flash of yellow in the woods in the coming months. Use the moment to revel in witch hazel’s rich natural and cultural history. 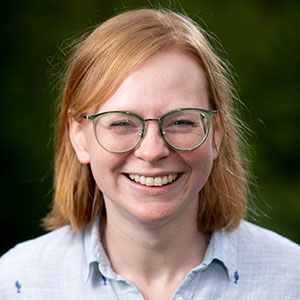