Of the 41 million acres of land in the Chesapeake Bay watershed, about 55% is forested. The amount of forested land continues to decline each year (100 acres per day on average). “We know that forests are the best land cover for preventing nutrient pollution and can say with confidence that every acre of forest lost to other uses means more nutrients entering the Bay and its rivers,” says Sally Claggett US Forest Service Liaison to the Chesapeake Bay Program, “the need for local champions of trees and forest has never been greater.”

The ceremony has become a fixture during the Chesapeake Watershed Forum held yearly at the National Conservation Training Center in Shepherdstown, West Virginia. Awards were given in recognition of four categories in this year’s contest. Newport News Waterworks, a municipal water utility serving water to 400,000 people on the lower Virginia peninsula, received the award for Exemplary Forest Steward. They manage approximately 12,000 acres of watershed property, containing 5 reservoirs. Approximately 8,100 acres of the watershed has been a certified Tree Farm since 1947

Maryland middle school teacher John Smucker received the award for Greatest on the Ground Impact in recognition of his reforestation achievements and skills as a volunteer organizer and environmental educator. In a nursery he operates out of Frederick County’s Scott Key Center, an adult developmental center, John grows from seed many of the trees and shrubs he and his volunteers plant.

The award for Most Effective at Engaging the Public went to Pennsylvania DCNR district forester Roy Brubaker. Roy manages for the people of Pennsylvania 85,000 acres of forest and water at Michaux State Forest. His vast experiences have given him a broad perspective on the social and ecological issues challenging communities and resource managers both regionally and statewide. Roy has reached out and engaged various opposing stakeholder groups to resolve public use issues on Michaux, while ensuring all voices were heard. The final award of the evening was a new category in the contest. Bern Sweeney, President and Director of the Stroud Water Research Center, received the Lifetime Achievement Award for his breadth of critical scientific research, writings and public engagement concerning the impact of riparian forest buffers. For over two decades Bern has worked to address and enhance integrity of riparian forests in eastern North America. Bern initiated research programs to clarify how healthy riparian forests ultimately lead to good habitat, clean water, and a healthy stream ecosystem.

“The quality of all the nominations we received for this year’s Forest Champion awards were truly inspiring”, says Al Todd, Executive Director of the Alliance for the Chesapeake Bay:

[The contest nominees] are a continual reminder of the positive local action and careful land stewardship that is taking place to restore our treasured natural resources and the Chesapeake Bay. 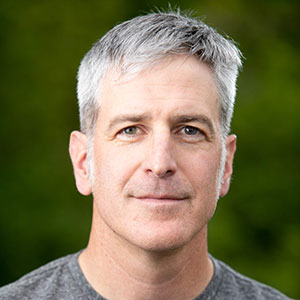